I released a Chrome extension last year called Measure in English. Even though there's not much to it, I'd like to localise it in French, but need a little help working out what the best name would be in French.

"Measure" works well for me in English because it's a verb and correct typographic term for what the tool attempts to count, and it's a single word which is always nice and catchy. I've struggled to find an equivalent term in French, however. With "mesure" obviously not being a correct translation in regards to line length and typography.

I've had a few suggestions, such as: - Signes par ligne - Longueur de la ligne - Justification (there seemed to be a bit of overlap when I was reading that this could also apply to line length, not just alignment, but I might be wrong)

But I'm not really convinced. Any thoughts from any French designers? 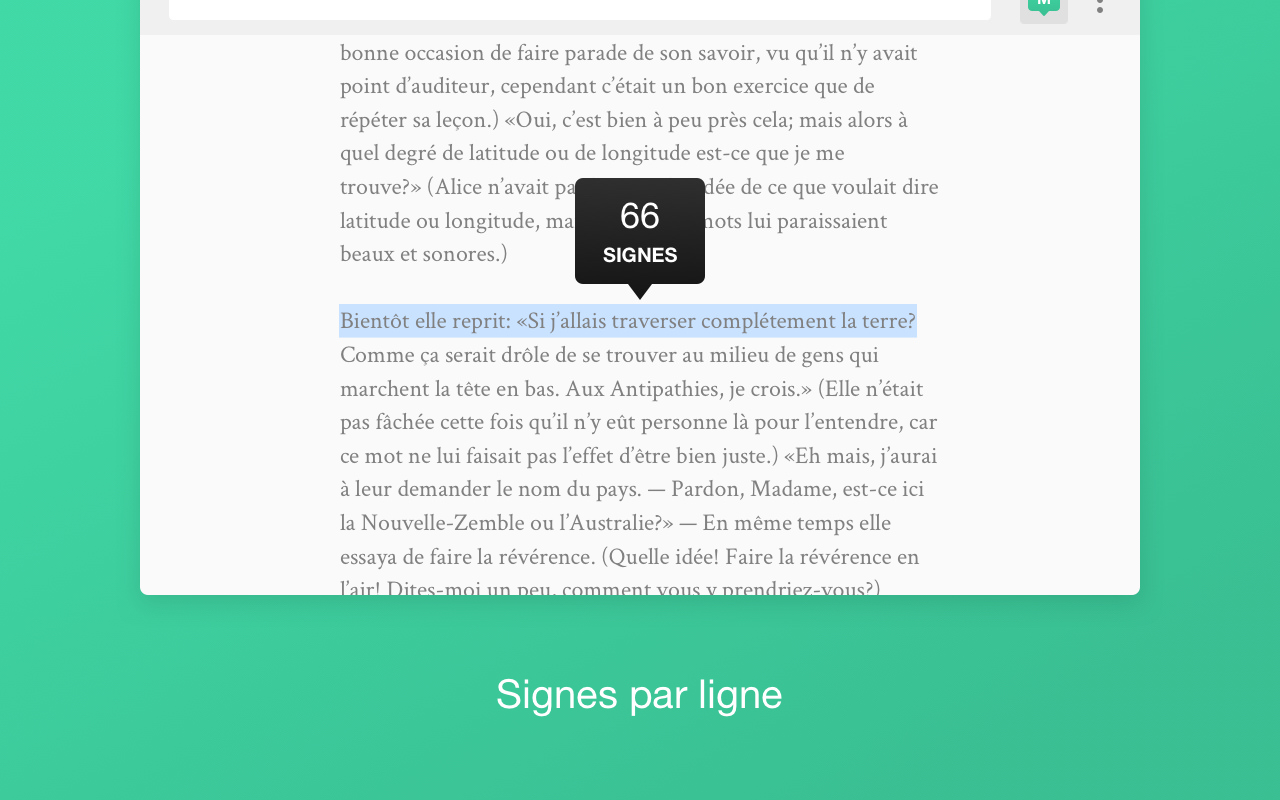